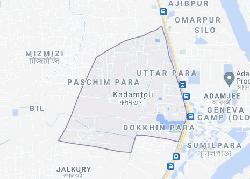 3 of a family found dead in Dhaka's Kadamtoli, woman detained