Suu Kyi back in junta court on sedition charges 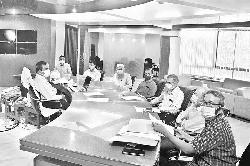 CUET presides over the 58th meeting of the Finance Committee

‘Scale up, implement measures rigorously to prevent another Covid surge’: WHO