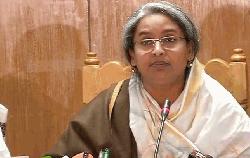 Admission through lottery will create scope for all students: Dipu Moni