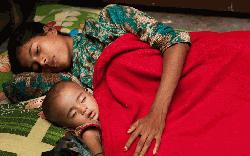 Factory director held in Dhaka for not paying workers

No desire to prolong govt's tenure, Quader to Fakhrul