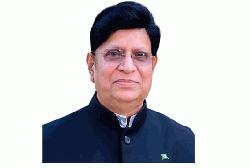 Election in 31 municipalities on Feb 28 under 5th phase