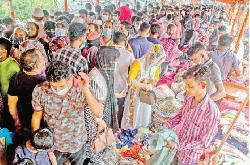 AL’s politics is to stand beside common people: Hasan