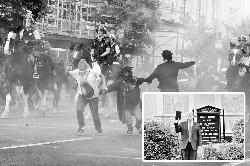 US will consider rejoining WHO if it ends corruption, reliance on China: White House