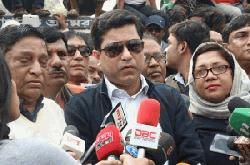 Govt out to eliminate voice of dissents: Fakhrul