Nizam Ahmed, whose actual name is Nizamuddin Ahmed, ([email protected]) has been engaged in journalism for last 37 years. Currently he is the Business Editor of The daily Observer, Dhaka, from its inception. Before joining The Daily Observer, he served as a Special Correspondent in The Financial Express, Bangladesh from July 16, 2011 to December 31, 2013. In his long career he worked with multimedia Reuters as a text correspondent for 24 years, including 11 years as part-timer in Chittagong, before being shifted to Dhaka Bureau in early 1999. He completed his service term in Reuters in May 2011, as a Senior Political and General Correspondent. Nizam had his debut as a cub reporter in the now defunct The People’s View in Chittagong, where he also worked in the Daily Life, before joining the Dhaka-based The New Nation as the Chittagong Correspondent in early 1982. He founded Bangladesh News Agency (BNA) in Chittagong and operated it until he joined Reuters in Dhaka. BNA is now an online news portal operated by a company which bought the copyright from Nizam. Besides he used to contribute article to different newspapers time to time.
Nizam attended post graduation course on Political Science, in the University of Chittagong, before joining the profession. 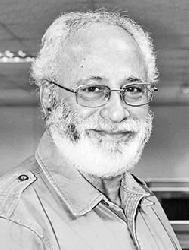 President Joe Biden and Vice President Kamala Harris were sworn in at the US Capitol on Wednesday, January 20 last amid raging deadly coronavirus, which however, failed to dampen the grandeur of the ceremony, except the curtailment of the number of guests and usual presence of the cross section of people. Kamala Devi Harris made ...
Jack Of All Trades
Bangladesh Army is for democracy
Nizam Ahmed

Bangladesh defence forces particularly the army have once again proved that the people including those who deal with politics to win election with an aim to achieve the power to rule the country, have unfettered confidence in them. The general people along with political activists, mainly from the opposition alliance on Monday hailed deployment of ...
Jack Of All Trades
December spirit and the next election
Nizam Ahmed

The month of December is called the month of Bijoy meaning victory in Bangladesh as the country won its independence following a nine -month-long mostly guerrilla warfare against the Pakistani occupational army, who surrendered to a joint Indo-Bangladesh command on December 16, 1971. Before the final surrender the valiant Freedom Fighters broke all the bones ...
Jack Of All Trades
Yes, it seems we are going to hold a credible election
Nizam Ahmed Over the last one week people leaned to politics have regained confidence that the 11th parliamentary election due on December 30 may be peaceful, fair and credible. They have found the election commission (EC) has been sincere in declaring most of the nomination papers of the intending candidates valid for contesting in the election, though ...
Jack Of All Trades
EC & judiciary: In the eyes of people
Nizam Ahmed In Bangladesh perhaps most people do not believe that the judiciary is really independent and the election commission (EC) has the wisdom to conduct the national election impartially strictly implementing electoral rules. Many people including the educated segment of the society believe that Bangladesh Nationalist Party (BNP) chairperson Begum Khaleda Zia has been imprisoned on ...
Jack Of All Trades
Who is neutral in Bangladesh?
Nizam Ahmed Political parties, civic societies, rights groups, media and lots of relevant other organisations in Bangladesh are yet to find out a so called neutral entity to run national elections once in every five years. To stage a credible national election they have been feeling the need for a set of things including a neutral interim ...
Jack Of All Trades
Tarique dominates in raging election debate
Nizam Ahmed Political parties are being gripped by election fever soon after the Election Commission (EC) revised the schedule re-fixing the polling day on December 30 for the 11th parliamentary election. Due to the impact of the fever the leaders and activists of the two biggest political parties are seemed to have been overtaken by a sort ...
Jack Of All Trades
At last parties are heading for polls
Nizam Ahmed The upcoming 11th parliamentary election is expected to be participatory and without violence as the rivals of the ruling party have confirmed that they would join the electoral race as part of their campaign to 'restore democracy,' despite persistent extreme political situation in the country. The hope for the participatory election ushered following the quick ...
Jack Of All Trades
Hefazat-e-Islam and Bangladesh
Nizam Ahmed Tens and thousands of Islamist clerics belonging largely to the radical Hafazat-e-Islam paraded the capital Dhaka peacefully on Sunday, unlike the previous occasion five years ago when they burned parts of the capital and besieged Shapla Chattar to realise their 13-point demand. The people in the capital get panicked whenever they see thousands of Islamist ...
Jack Of All Trades
Dialogue may break political stalemate
Nizam Ahmed

A thaw has started easing persistent political stalemate in the country after the ruling Awami League (AL) suddenly announced on Monday that it would hold dialogue with the opposition alliance -- Jatiya Oikyafront (JO) which includes its arch rival Bangladesh Nationalist Party (BNP). The sudden announcement astonished many as the ruling party had been saying ...
Jack Of All Trades
Bangladesh media doesn't want to embarrass the PM
Nizam Ahmed